Peta was lucky enough to be able to attend an amazing one day work shop on pelvic pain. It was great to see that the subject was being addressed by a multidisciplinary team. The presenters included gynaecologists, an anaesthetist, specialising in chronic pain, a women’s health physiotherapist, psychologists, and a pharmacist. It was great to see that they all saw the need for women to stay active when living with this condition. A great resource has been developed by by the Pelvic Pain Foundation of Australia. Check out their website (http://www.pelvicpain.org.au) It covers so many aspects of both women, teens and men living with pelvic pain.

We are starting to see more and more women in the studio with pelvic pain, and it was great to see that with input from their medical and allied health team they are able to put some movement back in their routine.
In many cases stretching can help with the pain. The Pelvic Pain Foundation have some stretches on their site.
We have developed some active stretches so that they can be easily done at home.

If you have pelvic pain it is so important to have it assessed by a professional, these stretches should only be used if they do not increase your pain. Start with a visit to your G.P so you can get a referral to your friendly gynaecologist. Another great resource is the Continence Foundation and women’s health physiotherapists.

In 2010 Lee walked through our door with a variety of braces and mobility devices due to an MVA in 2008. She had fractured her lower spine and neck and injured her knee and had a drop foot. When we first started her on the equipment we needed to pad every part of her body up to make her comfortable! One leg was noticeably shorter than the other, to the point that we had to use two pillows under one foot to enable her to perform leg and foot work.
In the six years we have had Lee as our client we have travelled through many up and downs with regards to her body. The determination that she showed was extraordinary. Working with a client who is so committed to improving her lifestyle is very inspiring.


This video shows the amazing progress that she has achieved even in the past year, we just wished we had taken a video when she first commenced Pilates! She has gotten to the point that walking without an aid was possible!

We are extremely lucky that our studio works like a community and everyone takes an interest in others wellbeing. One of our other amazing clients Liz who is a retired physio let us know about a new brace on the market for drop foot. We watched the video and were taken back by the amazing results! 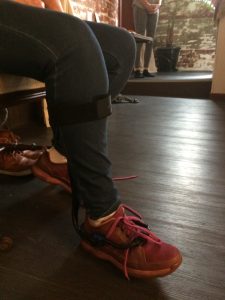 The brace is called the Turbomed 3000 and you can view the video at http://turbomedorthotics.com/. Lee contacted the practitioner in charge of her braces in the past and they agreed that it could really work for her. So the week before she left for the mainland the brace arrived. It was amazing to watch Lee walk with the brace on, even with her improved strength and balance turning around was still an issue, but not with this brace on! It has just been the icing on the cake, the extra confidence in her walking is spectacular. 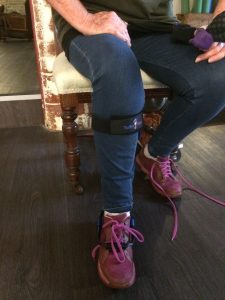 We will miss Lee terribly but we are very glad to see her starting her new life on the mainland with such great confidence. It has been a pleasure and honour to have been able to assist in Lee’s recovery. 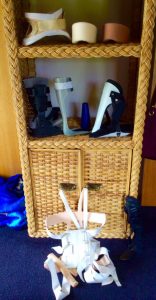 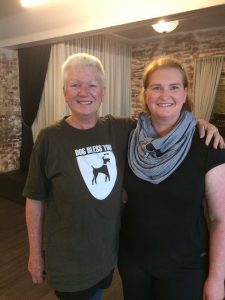